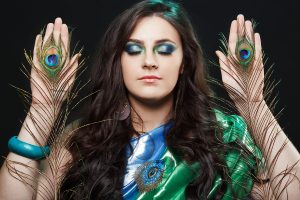 Throughout history, different cultures around the world have documented psychic abilities. Those with the gift of the supernatural are able to see beyond the physical realm and into the spiritual one. Some have mastered the art of harnessing their psychic powers so that they can help others to learn the secrets of their past, predict the future, and better understand the present.

Our fascination with those who can access the spiritual world has led to images like the mysterious woman gazing into a crystal ball. But you’d be surprised to know just how many different types of psychic powers there are.

The following are the 20 most common types of psychic abilities and how they’re used. Who knows – you might just discover that you have one of them!

Psychics have the ability to perceive information via what is commonly known as “the sixth sense.”  However, there actually are six different types of psychic senses which are collectively known as the “clairs”. They include:

Clairvoyance means “clear seeing”. With this ability, it is possible to see things like animals, people or objects that are not present physically. This sight is said to occur  “in the mind’s eye”. For some clairvoyants, this is their normal state of vision. Others have had to train their minds to be able to achieve this state, either through practices like meditation or with the assistance of a spiritual helper. Some clairvoyants see this spirit as if it were a physical being, while others are said to see the spirit as if it were a movie or photograph visible in their mind’s eye. 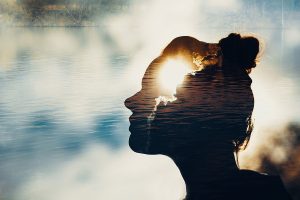 Referred to as “clear hearing“, this power is defined as being able to hear the thoughts or voices of spirits. This can either take the form of a medium hearing the spirit as though it were a person speaking beside them, while others state the voice they hear in their mind is more like a verbal thought. The sounds can also come from inanimate objects like crystals or personal possessions. The sounds heard are not only voices, but can be the sounds of nature or music as well.

This is known as “clear sensing” and is the ability to feel the impression a spirit wishes to communicate. You may also have the ability to feel sensations a spirit may have instilled in you. Psychics with this ability could meet a total stranger yet already know personal information like their name or birthday. This power works in accord with psychometry, or aura reading, so that information can be gleaned from objects, physical locations, or buildings.

Meaning “clear smelling“, this power is the ability to gain psychic information through smell. For example, you may smell tobacco despite being in a non-smoking environment because the spirit present was a smoker while they were alive. Clairalience usually manifests itself with clairgustance, or “clear tasting”, due to the physical senses of smell and taste going hand in hand with one another.

Similar to clairalience, clairgustance or “clear tasting” enables a person to taste something that is connected to the spirit they have channeled. One example of this power could be the medium tasting blood in their mouth due to a nearby spirit having died in a particularly violent way.

This is best defined as a “clear knowing“, or recognition of something despite there being no way of knowing something to be true. It is believed that this knowledge is imparted to the psychic by a spirit. Claircognizance can be regarded as a hunch or gut feeling that is never wrong. Some mediums describe this power as being similar to having a bad feeling that appears out of nowhere as a warning. 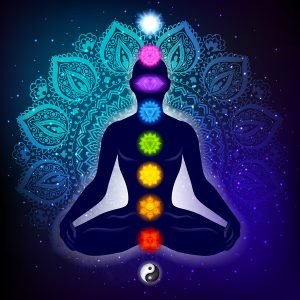 An aura is the “bio-plasma field” or electromagnetic field that all living things emit. Plasma is made up of streams of ionized particles and is the 4th state of matter. Psychics are able to effectively see in detail a person’s energy radiating into this field. The energy forms patterns, colors and vibrations that are unique to individuals. The existence of auras has been proven through the use of Kirlian photography.

Astral projection refers to out of body experiences using the assumption that a consciousness, or soul, exists. This “astral body” is able to travel throughout the universe while outside of our separate physical body. This concept has occurred in many cultures for millennia, but the modern idea was popularized in the 19th century by Theosophists.

Some individuals claim to have perceived similar experiences under the influence of hallucinogens or while under hypnosis. Due to the difficulty in proving the existence of a soul, astral projection is considered by many in the scientific community to be a pseudoscience.

Also known as psychography, this psychic ability allows individuals to create written documents while not being conscious of actually writing. The words arise out of the subconscious from a source that is supernatural or spiritual.

A channeler, also known as a medium, is able to communicate with the deceased. Mediums either stay in control of their body or allow the spirit to take over their body, putting them into a cataleptic state.

The main purpose of channeling is to allow spirits to communicate with people in the physical world. Many people seek out channeling psychics so that they can have closure after the loss of a loved one. While most spirits that are channeled are from the past, some mediums claim to be able to speak to spirits from future dimensions. 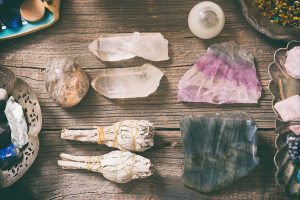 This power has been used throughout history as a way to gain insight into a situation or answer questions in a ritualistic way. Diviners suggest how the person posing the questions should act by reading and interpreting signs or omens, or via contact with a supernatural entity.  There are many different tools of divination that a psychic can use. These include:

Energy healing is a branch of alternative medicine that stimulates the body’s natural ability to heal. There are several methods of this form of healing, including hands-off, hands-on, and distant healing, where the patient is healed by a psychic in another location.

There are many schools of energy healing. The most well-known are:

While these methods have shown amazing benefits, that does not mean that it’s safe to completely abandon your physician and write off traditional medicine. Energy healing should be used as a way to improve your overall wellness, not as a magic disease cure. 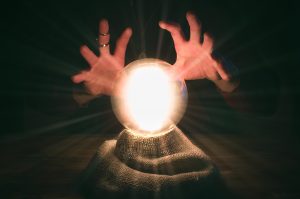 Precognition, also known as prescience, is the psychic ability to see events taking place in the future. Have you ever had a dream about something that actually came true? You might have future sight. In addition to dreams, precognition may also present itself in waking visions, flashes of thought, or simply a feeling of knowing. What is seen in these visions tends to be random and difficult to control.

Having first appeared in Spiritualist communities in Brazil and the Philippines during the mid 20th century, psychic surgery is a controversial practice. Psychic surgeons claim to be able to treat problems as small as cysts and conditions as deadly as cancer by calling on a spiritual guide to heal their patients. This type of healing should only be sought out as a last resort when all other medical options have been exhausted.

Have you ever picked up a piece of jewelry, held an article of clothing, or touched a piece of furniture and instantly got a strong impression of who the previous owner was? That’s psychometry. The ability is based on the idea that the objects we use and wear every day become infused with our spiritual energy. By touching these objects, a psychic might get impressions of certain words, colors, or feelings that reveal more about the last person who used it.

Remote viewing is the ability to gather information about a person, place, or event happening in a distant place without using any of your physical senses. Like many other types of psychic abilities, remote viewing ability is a skill that can be learned, trained, and improved. Most people do not see a clear picture of what’s going on in their heads. Instead, information comes in sensory bursts that the viewer pieces together and interprets.

Also known as postcognition, retrocognition refers to the ability to infer knowledge of past events that could not have been learned through normal means. Like precognition, this commonly occurs in dreams and in waking visions.

Scrying, also known as “peeping” or “seeing”, has been around for thousands of years. This is the practice of interpreting a message by looking into a suitable medium, such a crystal or a mirror. It is used to receive guidance, revelation or prophecy. Scrying is commonly used by fortune tellers, clairvoyants, and diviners. 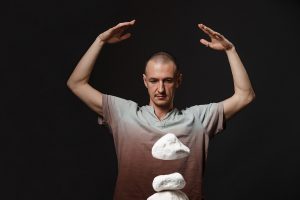 Telekinesis is defined as the ability to move physical objects without physically interacting with them. We often see this psychic ability used in films like “Carrie” and comics like the X-Men series, but can people really have telekinetic powers in real life? While no one is bending spoons or making things float with their mind, more subtle instances of telekinesis have been reported. Examples include the ability to influence the numbers on a dice roll or which side a coin lands on.

Telepathy occurs when an individual psychically imparts information to another person. It could be described as someone having the power to put thoughts into someone else’s head from a distance. It can also be used to read someone’s mind. You often hear about “twin telepathy” because twins tend to be on the same wavelength, making it easier to communicate through psychic means.

With so many types of psychic powers, it is easy to see why society is so fascinated with the subject. Whether you believe you may have one or several of these supernatural abilities or you’re just curious to learn about them, we hope that you were able to learn something new from this guide!