Have you ever encountered a stranger, but felt the strangest inkling that you had met them before? Or perhaps you felt a sudden, inexplicable attraction to a new person that you find yourself unable to explain? These sensations are just a couple examples of what could potentially be a psychic connection. These indefinable feelings may be part of a much larger and important phenomenon.

What Exactly Is a “Psychic Connection”? 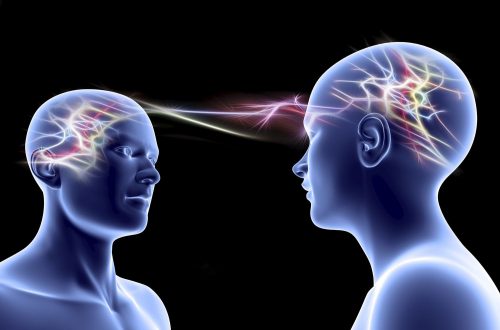 A psychic connection or “psychic link” is a spiritual connection between two people that transcends physical boundaries. In this bond, two souls are connected in a way where their energies are in sync and their emotions are interconnected.  Common examples of a psychic connection include soulmates, kindred spirits, twin flames, past life connections, and karmic relationships.  A psychic connection can work in the same physical location or in a different location.

The most common formation of a psychic connections exists between individuals who experience intense emotions at the same time. This overwhelming spiritual energy manifests into an intangible link between two souls. Emotions mean attachments, and attachments are the gateways to psychic links. Often, though, even these intense emotions are not needed to form bonds, though perhaps they may be what opens the path.

There are a multitude of reasons one may experience or develop a psychic connection with someone. Some of these are:

These are not the only kinds of bonds, but they are the most frequent. Each of these is different in its own way, but all of them are experienced similarly in initial contact.

Soulmates are the most obvious, though you may not be soulmates in the physical sense. While you might spend much of your lifetime with one person, of whatever gender, they are only a potential soulmate—only upon death do soulmates truly unite and become one.

Twin flames, like kindred spirits, are similar beings whose souls connect to each other. However, the similarities of twin flames lie in the spiritual realm, not the physical or mental one. Twin flames are male and female, but the flames can reside within anyone regardless of gender identity. They are two unique halves that join to form one whole soul.

Past life connections are often associated with an odd sense of spiritual déjà vu, wherein the souls recognize each other from previous lives though the physical beings may not. Like twin flames, the souls of those who share past life connections are two halves of a whole. However, it is the reverse, wherein the soul has been split into the two halves and the resulting sensation is the “past life” association.

Karmic connections are more intricate, but still relate to the association of common energies and spiritualities. Simply put, this is the result of your past actions and reactions on your present self. People with strong past connections will share an equally strong bond in the present due to the relation of their spirits.

All these types of psychic connections also means that people can have multiple psychic links in their lifetime. You may only have one soulmate, but perhaps you may find your kindred spirit or a past life connection as well. None of these links trumps the other, and all the psychic links you develop are valid.

How To Know If You Have A Psychic Connection With Someone 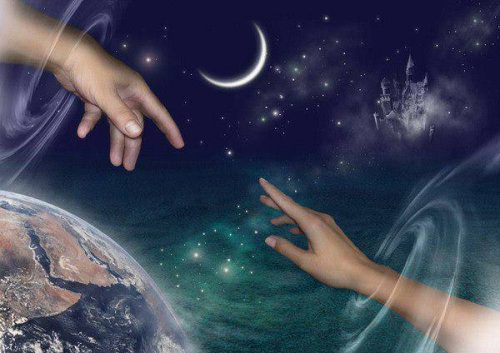 Only you can truly know if you share a psychic link with another being, but as with most connections and events, there are signs. It may even serve you well to discuss them with whoever you believe might be psychically linked to you. The following are just a few examples of potential signs that you have a psychic link with someone else.

#1 – You Can Sense Where They Are, No Matter the Distance

As mentioned, psychic links can span vast distances and convey the same influx on information between two feet and a thousand miles. If you can say with absolutely certainty where the other person is at any time, you may have a stronger connection than friendship.

#2 – You Can Sense Their Feelings at Any Time

Similarly, because psychic connections involve a lot of intense emotions, you might be able to sense what the other person is feeling at any given moment. Again, this sensation is not relative to distance. They could be on the other side of the planet and you would still know.

If you know without a doubt what they are thinking or feeling at any given moment, or perhaps become overwhelmed when they are in danger, your psychic link is strong. The intense feeling of fear that does not belong to you is a strong indicator of a connection.

#4 – They Cannot Surprise You

If the other person cannot seem to catch you by surprise, no matter how hard they try, you might share a psychic link. Similarly, if you always know when they are going to contact you or come see you even before they tell you, perhaps it is worth considering the possibility of a link.

These examples are just a few signs of possible psychic links, and everyone’s individual experiences with the connections are different. The signs of the link even vary depending on the “type” of link you share with another being. However, all psychic connections share the common factor of two halves of a whole sharing experiences beyond the physical plane.